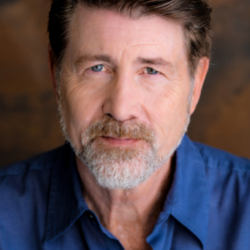 For more than four decades, Jim Piddock has navigated the turbulent waters of Broadway and Hollywood as an actor, writer, and producer. In this highly entertaining and witty account of his journey from a small village in England to the heady heights of Hollywood Hills, he pulls back the curtain to reveal all that goes on the behind the scenes in the entertainment industry.

From his legendary performance alongside Fred Willard as the co-commentator in the film Best In Show…to being locked inside the theatre after the last performance of the week during the run of a hit Broadway show…to conceiving the idea for the family film classic Tooth Fairy…to ending up in two of the highest-grossing movies of the twentieth century…to deciding which A-list star was an absolute nightmare to work with…to being mistaken by the media as the screenwriter hired to adapt a best-selling book that he’d never read…to becoming a father at just a few hours’ notice…Piddock’s stories are poignant, funny, revealing, and sometimes deeply moving. His forthcoming memoir will be released in the spring of 2022.