Home » Blog » When Can You Call Yourself a Writer?

When Can You Call Yourself a Writer? 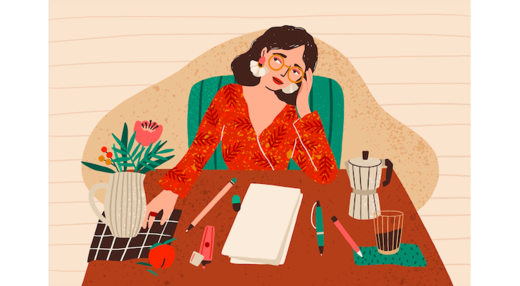 This essay was originally published by DartFrog author M MacKinnon over on her blog, mmackinnonwriter.com. To read more of her work, check out her Highland Spirits Series. The final installment, The Healer’s Legacy, is out now!

My bio on my webpage and Amazon and everywhere else I can think of says I’ve been a writer since at least age eight, when I wrote a heavily plagiarized combination of Moses and Cinderella called Zelda. (Where the hell did I get that name? I hadn’t even heard of Faulkner!)

Did I truly believe I was a real writer? Apparently I did, because I begged my mother to take my stapled-together manuscript to the public library and tell them to publish it (translation: add it to the shelves, as is). It was my first rejection as an author and did nothing to stem my zeal or the knowledge that I held the key to the Next Great Novel.

But somewhere along the journey to adulthood, I lost that early confidence. Writing became a chore, not a joy, and when a teacher in high school bled all over one of my darlings with a red pen, the words “you have no style” became the nail in the coffin of my writing. I went on to become an English major in college, but I took as few writing courses as the syllabus would let me get away with. A chore became a sentence.

I graduated with a BA in English, which makes great paper for a bird cage, and eventually went back to get a certificate of teaching in elementary education. Safe, right? Kids would always think I was smart. I could write a complete sentence–I was a star!

But at the back of my mind was a niggling voice saying, “you were meant to be a writer. What the hell are you doing? Write, already!” I ignored it. I already had a calling.

I got into the pregnancy and child raising thing, forgot about everything except Halloween costumes, playgroup, and toilet training, and overdosed on parenthood. Until I realised that Sesame Street was raising my last child, and I needed to go back to work.

A job opened up at the local Catholic School, teaching English. I had to teach these bright-eyed kids how to use proper grammar, read the world’s great literature…and write. Gaauuugghhh! I read the textbook from cover to cover, and finally realized that if these kids were going to learn how to write, they had to enjoy it. And if they were going to enjoy it, I had to enjoy it. So I rewrote the fifth and sixth grade English syllabus. (I did not mention it to the nuns.)

I taught my students how to research and like it, to outline and like it, to create characters that they would go home and talk about to their parents. And in the process, I rediscovered my own love of writing. It took years of practice, but in the end, I was a writer again. And I never looked back.

So…when can you call yourself a writer? When you publish? When Hollywood calls? When your fans outnumber the people in your home town–or your home?

No. You’re a writer when you write. A journal entry, a memoir, a short story for a local contest, or even a novel that only you will ever see. If you write, and you get that indefinable feeling that you’ve said something the way only you can say it, you’re a writer. When you take courage and post a chapter in a writer’s workshop, you’re a writer. And when you sell your first book, to a stranger who has never heard of you–and he likes it–you know for sure you’re a writer.

It’s been a long journey to discover this, but I am a writer.